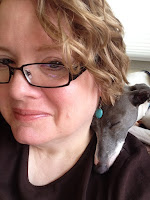 Today’s guest joins us from Minneapolis, Minnesota! I’ve had the very great pleasure of meeting Elizabeth Hoyt at RT Conventions and am looking forward to seeing her again at the Booklovers Con in New Orleans next May. (Yay! Getting closer!)

A New York Times, USA and Publisher’s Weekly Best Selling author, Elizabeth is the author of over 20 historical romance novels and has also written contemporary romance under the pen name, Julia Harper. It’s been a very successful writing career for a lady who started out with a BA in Anthropology and has said that she’s been a barista, sales clerk, “data entry slave” and “archaeological field work grunt”.

Welcome Elizabeth! Thank you so much for joining me on the blog.

Thank you for inviting me! 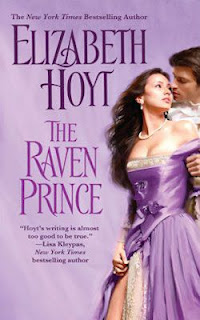 I’ve been hooked on your stories since your very first novel, The Raven Prince, so I’m thrilled you found your true professional calling!

It’s fantastic to know you’re signed with Grand Central Publishing for the Greycourt Series. Can you tell us about the series and whether it has posed any particular challenges for you?

I’m excited for this new series! One of the challenges of this series—and all series and books—is whether or not I can get the exciting wonderful stuff in my head down on paper properly.

The Greycourt series revolves around a tragedy that destroyed two families. Fifteen years ago Aurelia Greycourt and Ranulf de Moray planned to elope together, with the help of her brother, Julian, and their friend, Christopher Renshaw. But Aurelia ended up dead and Ranulf was accused of her murder and beaten nearly to death by Aurelia’s uncle, the Duke of Windemere, and his men. As a result he lost his right hand to infection.

Now fifteen years later, Ranulf’s younger sister, Freya, is working under an assumed name in London. She’s the spy for an ancient secret society of women called the Wise Women. The Wise Women work to help all women in Britain, but they’re under attack from enemies that see them as witches. But when Freya sees Christopher Renshaw—now the Duke of Harlowe—again she begins plotting revenge. 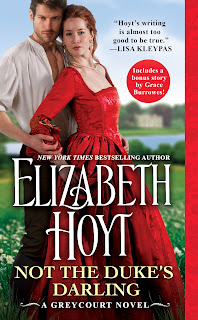 I'm looking forward to reading NOT THE DUKE'S DARLING. The Back Cover blurb reads:

Freya de Moray is many things: a member of the secret order of Wise Women, the daughter of disgraced nobility, and a chaperone living under an assumed name. What she is not is forgiving. So when the Duke of Harlowe, the man who destroyed her brother and led to the downfall of her family, appears at the country house party she's attending, she does what any Wise Woman would do: she starts planning her revenge.

Christopher Renshaw, the Duke of Harlowe, is being blackmailed. Intent on keeping his secrets safe, he agrees to attend a house party where he will put an end to this coercion once and for all. Until he recognizes Freya, masquerading among the party revelers, and realizes his troubles have just begun. Freya knows all about his sins-sins he'd much rather forget. But she's also fiery, bold, and sensuous-a temptation he can't resist. When it becomes clear Freya is in grave danger, he'll risk everything to keep her safe. But first, he will have to earn Freya's trust...by whatever means necessary.

I am also very pleased to be able to bring readers an excerpt...

She landed on hands and knees and looked up.

Betsy was sitting on the floor of the carriage, cowering away from a large yellow dog, who appeared to be regarding the maid with surprise. Miraculously, Alexander, the tiniest earl in all the land, hadn’t woken.

The gentleman beside the dog stirred. “I beg your pardon?”

At least that was what he said. What he quite obviously meant was, “What the bloody hell?”

Freya tore her gaze from the dog and looked up into cerulean eyes framed by thick black eyelashes. Lounging on the squabs, his legs stretched clear to the opposite seat, was Christopher Renshaw, the Duke of Harlowe.

The man who had helped destroy her brother Ran.

Freya’s breath seized, her eyes dropped, and she saw something else.

Her gaze snapped back to his, and she waited for him to shout her name. For her true identity to be revealed after five long years of hiding in London.

Instead his expression changed not at all as he said, “Who are you?”

He didn’t recognize her.

He and Julian Greycourt had been Ran’s best friends. He had seen her every week of her life until the Greycourt tragedy. She’d once vowed to marry the swine. Of course she’d been twelve and that was before he’d nearly gotten Ran killed, but even so. He didn’t recognize her.

What a complete and utter ass.

You’ve travelled extensively as a child, including spending a year in Oxford and a summer as an exchange student in Japan. Is there any destination that’s currently top of your travel wish list?

Oh, yes! I hope to get to Edinburgh next year. I haven’t been since I was about twelve.

So, my subscribers from Scotland, keep your eyes open for Elizabeth! 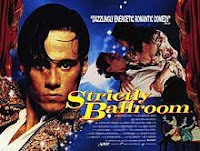 Can you name your three favourite romantic movies?

Bringing up Baby, Strictly Ballroom, and What’s Up Doc.

Strictly Ballroom was a very popular Australian movie. Glad to see it's one of your favourites!

If you could hold a dinner party and bring three famous people (living or deceased) to your table, which three would you choose?

Well at the moment I’m finishing up WHEN A ROGUE MEETS HIS MATCH, the second book in the Greycourt series. It’s about Messalina Greycourt and Gideon Hawthorne, the Duke of Windemere’s wily henchman. Gideon forces Messalina into marriage as part of his grand scheme to become powerful, except he never expected to fall in love with Messalina.

Thank you again for being here today, Elizabeth! I’ll look forward to seeing you at NOLA!

You may find more about Elizabeth by visiting her website and signing up for her newsletter. Follow the link:

If you’d like to go in the draw to win a copy of Elizabeth’s novel “Wicked Intentions”, I have two copies that I’ll send to two lucky people who leave a comment here on the blog or who email me at alyssaj.montgomeryromance@gmail.com and put WICKED INTENTIONS in the subject bar  (drawn randomly). The winners will need to check back on the blog on the 1st of January 2019 to see if they’ve won and contact me via email. If I don’t hear back by January 10th there’ll be a random redraw. 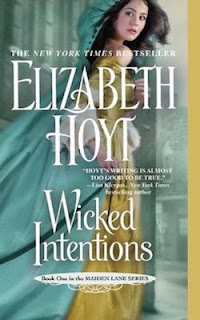 Thank you for joining me on the blog today! Apart from posting the winner of the Brenda Novak contest, I will be taking a short break from blogging over the Christmas/New Year period and will be back with a special Australian author of historical romance, the delightful Anna Campbell. Anna will join me on January 5th.

Have a wonderful festive season.