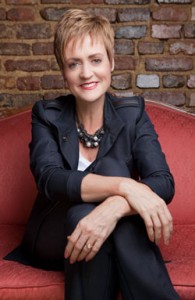 I’ve met NY Times and USA Bestselling author, Brenda Novak, a few times now at different RT Conventions, but this year I was at a “Make a Date with Harlequin” author signing event with her, and I have to say, it was a thrill to think I was signing my books at the same event! Not only have I been reading and loving her stories since...well, it seems like forever...but I also successfully managed to bid for a writing critique from Annie West through Brenda’s on-line auction which she organised for many years to raise funds for Diabetes, and that critique helped me hone the first three chapters of my story “Roses for Sophie”. I can only imagine how many others Brenda’s auctions helped—both in terms of raising much needed money for Diabetes and in helping aspiring/published authors.
One of Brenda’s favourite quotes is from Bill Widener who said, “Do what you can, with what you have, where you are.” It seems to me that’s pretty much a quote that Brenda has lived by. Brenda says she didn’t expect to be a writer, particularly because her best subjects in school were math and science. However, when she discovered her children’s day-care provider drugging them with cough-syrup and Tylenol to get them to sleep while she was away, she “decided that (she) needed to do something from home.” So she did what she could with what she had, (teaching herself the craft over five years by reading what others had written), where she was and she kick-started her career as a bestselling author! Mother of five children, Brenda’s youngest son was diagnosed with diabetes when he was in kindergarten. So, Brenda again did what she could with what she had, where she was and her fundraising efforts “Brenda Novak for the Cure” have managed to raise in excess of US$2.6 million for research so far.


Brenda, it’s really special to have you here. Thanks for joining me on the blog today!

It's a pleasure to be here! Thanks for inviting me!

First up, can you tell us about your most recent story and whether it held any particular challenges for you? 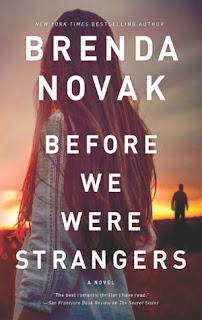 I'm super excited about the book I have coming up next. It's called BEFORE WE WERE STRANGERS, and it'll be out on December 4th. It's about a woman who heard her parents arguing late at night when she was just a child. When she woke up, her mother was gone. Her father has always said her mother ran off, but Sloane McBride has never been completely convinced. She's tried to suppress her suspicion that something more happened that night, but as she grows older, and she hears absolutely nothing from her mother, she can no longer ignore the need to find out if her father is telling the truth.

(Readers can find the pre-order links for BEFORE WE WERE STRANGERS toward the end of this interview.)

You’ve had so many highlights in your career, but is there one that particularly stands out for you?

I've been incredibly fortunate, but I would have to point to the success that I have had raising money for diabetes research as the greatest highlight of my career. When my son was first diagnosed with diabetes, I would daydream for hours about raising a significant sum. One million was the figure I set for myself. I felt that would be enough that I could feel satisfied with my contribution. So you can imagine how humbled and grateful I am to have more than doubled that amount (at $2.6 million). Without the writing community, I could not have accomplished that. It was my career that gave me the ability to fight back against the disease that threatens my son.

Your contribution has been amazing. As you say, the writing community has supported the cause, but I think it's great that you instigated the auctions.

I know you’re very busy with your writing schedule and family, and that you travel to various publishing events (and to the morgue in the name of research!!). Is there a particular tourist destination that’s high on your list to visit purely for pleasure? 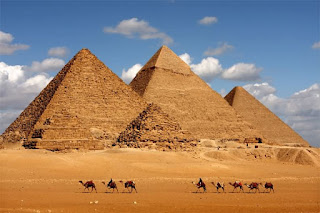 I would love, love to go to Egypt--which is why I'm going next May. It's always been #1 on my bucket list, so I'm thrilled to be able to see a place so incredibly rich in historical significance. After that, I would say India. I don't have any immediate plans to go there, but I hope to visit one day.

Enjoy! My youngest daughter has been begging us for years to take her to Egypt. We've done a lot of international travelling as a family, but still haven't been there yet! I'll look forward to hearing about your experiences there.

Do you have a particular book or series of books that stands out in your mind either because it was just so dear to your heart, or because it presented you with so many challenges? 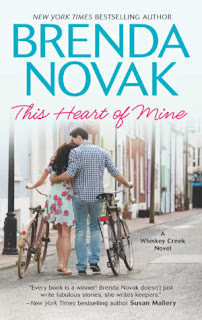 My personal favorite is THIS HEART OF MINE. The heroine's son in that story reminds me of my own son, and the conflict is just so strong and gripping. I love the way the heroine handles all she's been through. I found it inspiring. It's part of my popular Whiskey Creek series, a small-town contemporary romance series consisting of ten books.

Thank you for offering to send an autographed copy of one of your titles in the Silver Springs series to one lucky reader (conte
st details at end of interview!).

What's next for you as an author?


I have so many exciting things going on. My Evelyn Talbot series has recently been optioned for a major motion picture, and Peter Webber, who directed GIRL WITH THE PEARL EARRING (which I loved) has just agreed to be the director. I cannot wait until they make the first movie (they are hoping to do a trilogy). I'm also continuing to writing my Silver Springs series, plan to add four more books to my Whiskey Creek series and continue my Evelyn Talbot books. And I just turned in some concepts for three women's fiction novels that I'm itching to write, so we'll see where that goes!

How exciting to have the Evelyn Talbot series optioned and to have a director you've admired to work on it. By the way, I loved the copy of HER DARKEST NIGHTMARE which you gave me at RT Reno.

Thanks again for being here, Brenda. I’m looking forward to seeing  you again at the inaugural Booklovers convention in NOLA next year.

I'm afraid I won't be able to make the convention next year. I love New Orleans and meeting up with readers, but that's when I'll be on my big trip to Egypt. Thanks for having me! :)

Oh! In that case, I hope to see you at the second Booklovers Convention!

Here are the preorder links for BEFORE WE WERE STRANGERS:

To enter the draw to win an autographed copy of a title of your choosing from Brenda's Silver Springs series, simply leave a comment below, or email alyssaj.montgomeryromance@gmail.com with BRENDA NOVAK CONTEST in the subject header.

The winner will be drawn at random and announced on December 22nd on this blog. If the winner has left a comment he/she will need to contact me with his/her email address by December 29th or there will be a redraw.

In case you're not familiar with the Silver Springs series, the titles are below.

If you’d like to donate money to the cause of Diabetes research, you can send money via Paypal to BrendaNovaksOnlineAuction@gmail.com

To find out more about Brenda and all her wonderful titles, please visit her website:  brendanovak.com

Thank you for visiting the blog today. I hope you'll join me next Saturday for a quick quizzing of my next guest author, Annie West. Until then, happy reading!


About the Blogger:
Alyssa J. Montgomery is an Australian contemporary romance author who is published by Escape Publishing (Harlequin Enterprises, Australia). She also
writes medieval romance as Alyssa James,