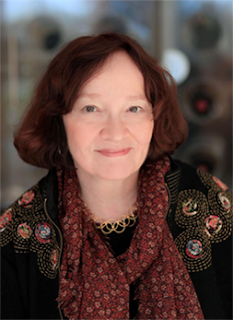 Whenever I’ve picked up a book by today’s guest author, I’ve known nothing on my ‘To Do’ list will be accomplished until I’ve read to the very last page. Although she’s written some contemporary romances, a young adult historical fantasy trilogy, and paranormal historical with strong fantasy elements, I am most familiar with my guest’s historical romances.

Having been a fan for so many years, I was very excited when Kathryn Falk (founder of Romantic Times) introduced me to Mary Jo Putney at my very first RT Convention in New Orleans back in 2014.

Mary Jo, I’m thrilled to have you as my guest author today. Thank you for being here!

Firstly, would you please tell us about your most recent release and whether it posed any particular challenges for you? 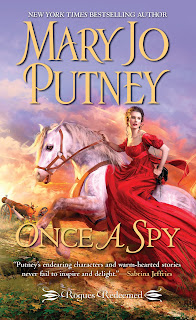 Thanks for all the kind words, Alyssa!  Here's a blurbette of Once a Spy, which has just been released:

Wearied by his years as a British intelligence officer, Simon Duval resigns his commission after Napoleon’s abdication and returns to England, where he discovers his cousin’s widow, Suzanne Duval.  Both believe they are beyond love and passion, but their friendship leads him to propose a marriage of companionship and Suzanne accepts.
Neither expects a true marriage, but as Suzanne joins Simon in a search for his long missing foster brother, warmth and caring begin to heal both their scars—and a powerful passion sparks between them. Then news from France threatens to disrupt their newfound happiness . . .

As for challenges--all books are challenging!  This central romance was interesting because at the beginning, both protagonists are so weary and burned out that the most they can hope for their marriage is an end to loneliness.  But slowly, with patience, kindness and honesty, their relationship becomes so much more.

Then Napoleon escapes from Elba and Simon is called back to service as the emperor marches toward Waterloo.  Years ago I'd written a Waterloo book (Shattered Rainbows) that took my characters right onto the battlefield.  I couldn't do that again, so I researched the intelligence gathering which took place leading up to the battle, which was a much more complicated matter!  It made for an interesting story, though. 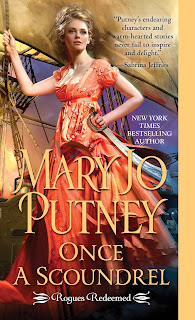 I think part of the fun of reading historical romances is the interesting facts we learn along the way. Whenever I write a medieval romance I find the research fascinating…but terribly distracting!

I understand that you have degrees in English literature and Industrial Design and that you had a freelance graphic design business before you decided to become a full-time writer.

You’ve had an illustrious career in romance writing having appeared on all national bestseller lists, having been a finalist ten times in the RWA Rita Awards and winning twice (Dancing on the Wind and The Rake and The Reformer). Among the many awards and accolades, you’ve also been presented with the RWA Nora Roberts Lifetime Achievement Award. Is there a particular award or milestone in your writing career that particularly stands out for you? 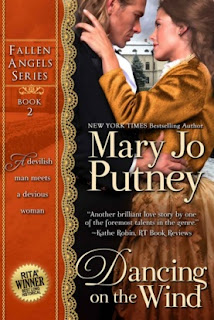 I've never recovered from the shock of selling my first book!  I'd been writing for only three months and my newly acquired agent sent out my partial manuscript and I was offered a three book contract for traditional Signet Regencies. What??? Wow!!!!  That still amazes me.  I'd sold a book, I'd sold a book!!!

All milestones are gratifying, but there is nothing to beat hearing from a reader that one of my stories has touched her heart.  That's always wonderful.

So far you’re the second ‘Word Wench’ I’ve interviewed (Anne Gracie was the first and I do hope to be able to interview all the ‘wenches’ over time). Can you tell us about how the Word Wenches was born?

I think we started back in--2007?  Prehistoric in internet terms!  Blogs were the Big New Thing, and we all wanted to sell books, but taking on a blog single handed sounded like way too much work.  Word Wench Susan King and I were having lunch with a webmistress friend, and we hit on the idea of a joint blog with other historical romance writers to share the workload.  So we stuck our toes in the water, recruited a total of seven writers, and started blogging.

There have been changes over time--we lost two beloved Wenches to death, Edith Layton and Jo Beverley.  But we've acquired other wonderful writers such as Australia's Anne Gracie.  We also have Wenches in Canada and the UK--I like to say that the sun never sets on the Wench empire. <G>  We keep blogging because we enjoy being able to explore oddball bits of history and travel. Even more, we enjoy our friendships and mutual support network.  It's great to rant about deadlines with fellow sufferers! 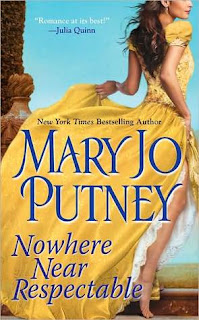 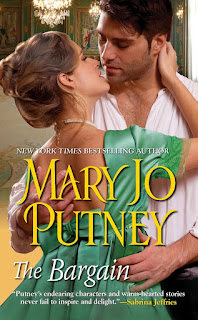 Word Wenches is always an enjoyable blog to read. I always look forward to new posts so you’re all doing a great job. (And I love that “the sun never sets on the Wench empire”!!) (For the word wenches blog, try this link: https://wordwenches.typepad.com/  )

You’ve tackled some edgy subjects in your writing such as alcoholism and domestic abuse, and as a reader, I’ve really felt your stories have a lot of relevance to society and certainly a lot of depth about these issues. Do you set out particularly to highlight a certain issue or have the issues grown from the characters and your plotting?

I like writing about complicated people who deal with serious issues and become "stronger in the mended places."  Usually these issues grow out of characters.  For example, Reggie Davenport, the alcoholic hero of The Rake, was a something of a villain in my first book, The Diabolical Baron.  But readers liked the wry humor that he showed at the end and wanted to see a story about him. 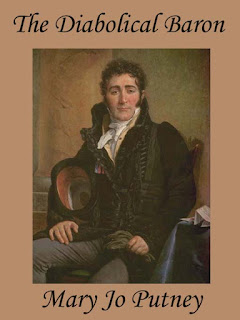 I realized that whenever he behaved badly in that first book, he'd been drinking.  Regency heroes are often depicted as heavy drinking rakes who suffered no consequences, but having once lived with an alcoholic, I wanted to write a story about consequences: about addiction and self destruction and the long, hard road to sobriety. I poured all of that into the book.  Originally published as The Rake and the Reformer, the slightly edited historical romance version The Rake won numerous awards and it's still in print after more than 30 years.

I like writing about challenging issues because the fact that it's a romance is a safety net for readers.  They know there will be a hopeful and happy ending.

I love the way you’ve phrased that response—romance is a safety net for readers. I think you’ve got it in a nutshell! 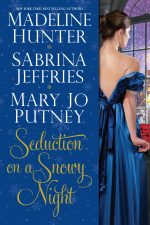 I'm currently writing my fifth Rogues Redeemed books, and it's about a secondary character that turned up in this year's Once a Spy.  Also, the same day that Spy was released (September 24th) saw the release of a Christmas anthology called Seduction on a Snowy Night. My story featured some of my cats. <G>  My publisher, Kensington, like the anthology so much that they asked the same three authors to do another holiday anthology that would come out in 2021.  I have no idea what that will be about!  But there may be another cat. <G 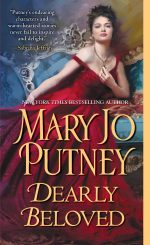 Thank you for your time, Mary Jo. It’s been wonderful to have you as a guest and I’ll look forward to reading all your future work.

Thanks so much for inviting me, Alyssa. I've visited Australia and New Zealand three times each, and I love the chance to say hi to so many great readers and writers Down Under!

To find out more about Mary Jo, visit her website: https://maryjoputney.com/ 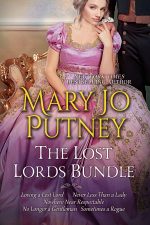 I hope you'll join me next week when I interview my guest author, Lori Handeland. Until then, Happy Reading!

Next releases: Seduced by the Stranger (October 4th, 2019); The Magic of Christmas (November 12th), Seduced by the Billionaire (April, 2020) - all published by Escape Publishing (Harlequin Enterprises, Australia) .

See Alyssa's website for her other books or go to the Harper Collins site:  https://www.harpercollins.com.au/cr-149414/alyssa-j-montgomery/   .

Today’s guest author, Nalini Singh, has been a bank temp, candy factory general hand, English teacher lawyer and librarian. She says these many changes in occupation were all “grist for the writer’s mill”. These days writing contemporary and paranormal romances is, of course,  a full-time occupation and among many accolades, she is a NY Times, USA Today and Wall Street Journal Best seller.
Born in Fiji and raised in New Zealand, her books have reached all corners of the world. Among the many awards and accolades, she is a frequent ARRA Award winner and has a huge fan base in North America and in Germany.
Welcome Nalini, and thank you so much for being my guest today.
Thank you for having me, Alyssa.
Would you tell us about your latest release and whether it posed any particular challenges for you?
My next release is WOLF RAIN - out this June. This is part of my Psy-Changeling series, and features a wolf changeling, and a Psy with dark abilities no one quite understands.
Alexei, the hero, w…
Read more

Today my guest is a fellow Australian author whose debut novel for Harlequin Mills & Boon Presents was described by RT Book Reviews as taking “the triple crown with memorable characters, an engaging plot and a sizzling romance”.  It’s true that Michelle Conder writes “sexy, contemporary romance novels with strong heroes and sassy, modern heroines they can’t resist.” I would also add that her characters have great depth and, despite the fact that they are living in exotic settings with amazing lifestyles, they also seem real! I wonder whether that is because Michelle has gained greater perception into the human psyche after her studies in psychology?  Michelle was about to take up a position in a psychology honours course at university but decided to defer this to put her fingers to the keyboard and fulfil her ambition to write a romance for Harlequin Mills & Boon Presents line. Her first completed novel was accepted from the famous “slush pile” of unsolicited manuscripts at the …
Read more

My guest today is a New York Times and USA Today Best-selling author who has a huge international fan base. Although she has written some contemporary and YA paranormal romances, I know her best for her romantic suspense (Stories in the series: Deep Op; Maverick Montana; Blood Brother and Sin Brothers; The Scorpius Syndrome) and dark paranormal romances (Dark Protector Series and Realm Enforcer Series). Hers is one of the fastest debut manuscript acceptances I’ve heard of with her story FATED being accepted within five days of submission!!
Like most authors, she has worn other professional hats prior to commencing full-time writing in 2013. She attained a BA in Journalism with special interest in political science and went on to work as an intern for former President Ronald Reagan and then as an art curator and aide for a US Senator. She went back to law school at University of Idaho and earned a Juris Doctorate, was admitted to the bar in 1999 and went on to teach law.
I’ve only met he…
Read more