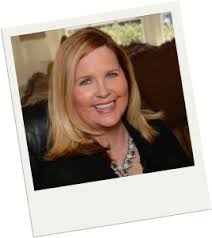 It’s been four years since I met NY Times & USA Today Bestselling author, Marie Force at the RWAus “Romance Rocks” conference in Sydney. Since then, Marie has continued to have huge success with her writing and she’s continued to help other writers in their journey towards publication.
A firm favourite for many Australian romance readers, it’s not only a fan-girl moment for me that has Marie featured on today’s blog. Marie is here by popular demand as a firm favourite of members of the Australian Romance Readers Association who told me how much they'd like to catch up with her latest news.
Welcome Marie!
I remember speaking to you in Sydney about how much I loved your character Jack who featured in “Treading Water”. I realised after we’d spoken that this title was the first you wrote (back in 2005), you started with Kindle Direct Publishing in 2010, yet “Treading Water” was the eighth title you published. I’ve wondered since...Why did it take you so long to publish “Treading Water”?

Thank you for having me, Alyssa, and thank you to your fellow Australian authors who requested an interview with me. It was so much fun to meet so many of you in Sydney in 2014. I can’t believe that amazing trip was already four years ago! My entire family had the best time Down Under, and we talk about that trip often.

Incidentally, by the time I published Treading Water, my very first book, I had trimmed it from an ungainly 155,000 words at initial draft in 2005, to a leaner, meaner 92,000 words that told the same exact story much more efficiently. I’ve never made the mistakes I made with the first draft of Treading Water again. That series is incredibly popular with my readers and six years after I published book 4, Coming Home, the most frequently asked question I get is whether there will be a fifth book in that series. I’m delighted to say that YES, there will be a fifth and final book, featuring Maggie, the youngest Harrington sister. I’m hoping to write that in 2019.

Great to hear that Maggie gets her story...not so great to hear the words 'final book' when a series is so loved, but we know there'll be plenty of other great stories from you.

I know when you were in Sydney that you’d been chipping away at a historical romance, “Duchess by Deception”. I’m now eagerly waiting to read when it’s released by Kensington in 2019. Yay! Congratulations!I remember that you said back then that you loved reading regency romance. Can we expect you to write many more historical romances? 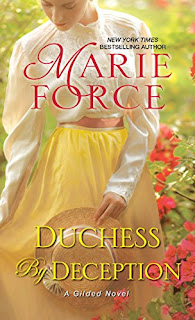 I do love reading historical romances from all the various time periods, including Regency. However, Duchess is from the Edwardian era, opening in 1902. It was fun to write in a slightly more advanced time period as I was able to bring in many of the early 20th century innovations that changed life forever, such as plumbing! And my Duke is very forward-thinking, ahead of his time in many ways, so that was a lot of fun to write, too.

I started Duchess way back in 2010, sold it to Kensington in 2017, finished writing it in 2018 and it’ll be published in 2019. That’s a heck of a timeline—and it is definitely my most drawn out book! I’ll soon be starting the second book in my Gilded Series, but I won’t have nearly ten years to write this one! LOL 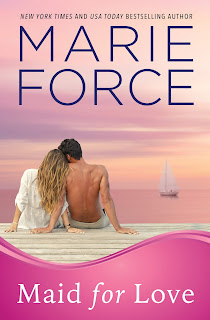 I'm looking forward to the Gilded Series and am in awe that this is yet another subgenre of romance you'll be entertaining us with. How easy is it for you to switch from your contemporary romance to your erotica and historical romances?

I’m lucky that I can move from one thing to another with relative ease. I was blessed with a fabulous multi-tasking brain that allows me to keep a lot of balls in the air at the same time. I now write in four genres—contemporary, romantic suspense, erotic romance and historical romance and often work on two books at the same time. I don’t really know HOW that works, I’m just glad it happens because I could never maintain the schedule I have without that capability.
Australian romance readers have just been able to meet the delightful Bella Andre, and she said that after her travels in Australia, she’s decided she simply has to write an Australian branch of the Sullivan family. Any chance you’ll ever write a series with an Australian setting?

It’s great that Bella got to travel to Australia this year. Her Sullivans are popping up all over, and I think an Australian branch of the family would be awesome.

I don’t currently have any plans to set a series in Australia, although one of my favorite books of all time, The Thorn Birds, was set there. God, I loved that book when I read it in high school—and I love to tell the story about my Catholic mom reading it after me and freaking out when she realized what it was about. HAHAHA, one of my favorite memories of her!

As an Aussie, I probably shouldn't admit that I've never actually read "The Thorn Birds". Now you've got me wondering whether my 89 year old mum has read it and whether, if she hasn't, she'd freak out!! I have to say that I wasn't sure how she'd react to some of the scenes in my romances, but thankfully she's pretty cool!

I’m not sure how much you managed to travel while you were in Australia. What were the highlights of your trip Down Under and do you hope to return one day in the near future? 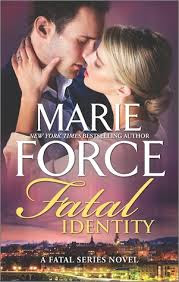 We spent most of our time in Sydney, and we do hope to get back there again sometime to branch out more. I’d love to go to Melbourne, where my dear friend author Sarah Mayberry and her husband, Chris, live. We had the honor of hosting them at our home in 2016 and would love to be able to visit them. I also want to go to Perth and the Great Barrier Reef. I just wish the flight wasn’t 14 hours from Los Angeles, which is six hours from Boston, near where we live That’s a lot of flying for a girl who hates to fly. Thank goodness for Xanax, which is the only way I could do it the first time around. I needed to be LIGHTS OUT! Haha!
I hope you can make it back to Australia.
When I travel to the USA I  have to prepare myself for the long flight. As a former international flight attendant, I don't mind flying but I'd rather be up and doing things as a flight attendant than sitting still for so long as a passenger.

Well, thank you so much for finding time in your busy schedule to be here, Marie!

Always a pleasure to visit with friends in Australia. Thanks for having me! xo

You may find out more about Marie at her website: https://marieforce.com


As a little note to you, the reader of this blog...

I see that my most regular visitors are from Australia, the United States, and Canada but that visitors from Brazil, Peru, Lebanon, Singapore, Denmark, Mexico, Malaysia, Switzerland, Germany, France, The Netherlands, Poland, UK, Ireland, New Zealand, United Arab Emirates, South Africa and Czechia are also coming along frequently to read the author interviews. I'd love to hear from you about where you're from, which particular sub-genres of romance you love to read. Please don't be shy! I'd love you to leave a comment and say hi!

I hope you'll join me for the next quick author quizzing on Saturday August 11th for my guest, Lorraine Heath. Until then, Happy Reading!


About the Blogger:
Alyssa J. Montgomery is an Australian contemporary romance author who is published by Escape Publishing (Harlequin Enterprises, Australia). She also
writes medieval romance as Alyssa James,