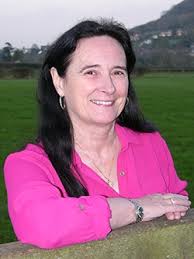 My latest series for Escape Publishing was the “Royal Affairs series”, and my next guest actually has a link to royalty! Carole Mortimer received an award from Queen Elizabeth II in 2012 for her “outstanding service to literature”. I was thrilled to hear about this accolade being awarded to a romance author and Carole was, of course, a worthy recipient.

A USA Today Bestselling Author, with many #1 Best sellers on Amazon as well, Carole Mortimer’s career as a published author began in 1978 when she had her first release for Harlequin Mills & Boon.

I was very pleased to meet Carole when she came to Australia as a guest at the RWA conference in Freemantle in 2013. In 2014 I met up with her again in New Orleans at the RT Convention where she received an RT Pioneer of Romance Award. I can’t put a figure on the number of books she’s written, and the list of awards she’s won is considerable.

I first discovered the contemporary romance stories Carole wrote for the Presents/Modern line in the early 80’s  but had no idea until several years ago that she also wrote historical romance for Harlequin, so my TBR pile suddenly swelled as I started acquiring whatever books I could from her historical romance backlist! These days Carole is a very successful Indie published author, having released a number of series (The Dragon Hearts Series, Regency Sinners Series, Regency Unlaced...to name a few!). 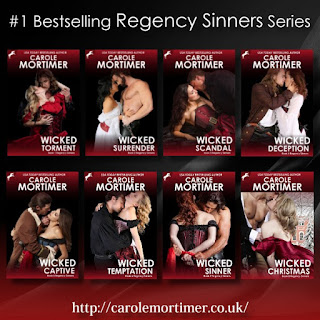 I am delighted to be able to welcome Carole Mortimer as my guest author today for the quick author quizzing, but I’m a bit disappointed I promised her I’d limit my number of questions to five because I have so many questions to ask her! 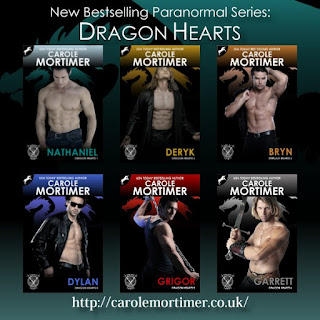 Everything! LOL I can literally put a book up for pre-order beginning of June, write the book, have the cover designed, have it edited/copyedited and published by the end of July. I absolutely love being in charge of everything, from the choice and design of cover, my editor, the storyline/series.
Don’t get me wrong, Indie Publishing isn’t for the faint-hearted, it’s very hard work. Luckily I like a challenge, and at the end of 2014 I decided it was time for a change of direction in my writing career. As I said, Indie Publishing is very hard work—but I’m not afraid of that either, and having made the choice to go Indie Published I threw my whole heart and soul into it.

Luckily it has paid off, both artistically and financially, and since the first book in November 2014 I have now written 42 Indie Published books. It was an enormous learning curve at first, but I have the help of two of my sons, Josh and Matthew. Josh still does my monthly newsletter and picks up any slack on promos for the books etc, Matthew is exclusively my formatter. Although that might change soon, because Josh has now written a YA book!

That's a huge number of books for that time frame. Wow! Good luck to Josh, too, with his YA book.

I’d love to hear about your latest release and whether it posed any particular challenges to write.

My latest release, on June 22nd, is A Regency Duo, with the multi- talented Angelique Armae. I love her books and was so thrilled to meet her two years ago. We immediately got on and decided to publish a Regency duo together. The duo is 2 Regency novellas, both of them the 1st book in a new series for both of us. The main problem, the only problem really, is that Angelique lives in the US and I live in the UK, which can sometimes cause problems if we need to ‘talk’ on email. But as we’re both people who stay up late at night too, that didn’t happen too often. 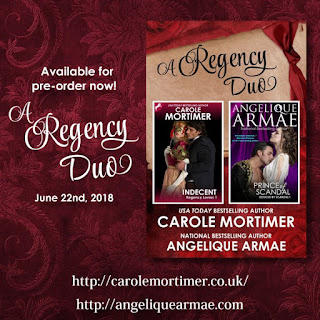 I am currently working on 3 different series. Wicked Sinners – Regency. Dragon Hearts –paranormal. Regency Lovers – Regency. Wicked Sinner (Regency Sinners 7) comes out in July, with the last book in the series, Wicked Christmas (Regency Sinners 8) out in October – which incidentally will be my 240th book (198 for HMB and 42 of my own Indie Publications). GARRETT (Dragon Hearts 6) will be out in August 2018, and there are another two books to publish in this series. The third series is Regency Lovers, the 1st book, INDECENT (Regency Lovers 1) is in A Regency Duo with Angelique Armae, out this month, the second book, OBSESSION (Regency Lovers 2), is available for pre-order with a Release date of September 14th, 2018. After Dragon Hearts series I will be writing a contemporary Romantic Suspense series, title Steele Protectors, alongside the Regency Lovers series.

When I found out you’d wanted to be a nurse and that a back injury early in your training prevented you from pursuing that career, I was a little surprised that you’ve stuck to contemporary and historical romances and never ventured into the Mills & Boon medical line. Did you ever toy with the idea of writing medical romances?

A one word answer – never!

Okay....Lol!!
I’ve only written two medieval romances to date and have more contemporary romance titles, but I have to confess I am really loving all the historical research and the challenge of getting the details correct in the medieval romance writing. Do you lean more towards one sub-genre than the other, and if so what makes that particular genre more appealing?

I love writing Regency, paranormal, and contemporary romantic suspense equally. I like to publish 2 series at the same time, and alternate the months the books in the series are published. I think this keeps the writing fresh, for me as well as the readers.

Because you really are a romance writing legend and your career has spanned four decades this year, I’m hoping you’ll indulge me with one more question and stretch this blog to six questions just this once...I admit I’m a fan of the very different and glamorous lifestyle of royalty, so can you give us a brief account of the presentation of your award by Queen Elizabeth II?

It was definitely an experience. She is so tiny in real life, even tinier than me, and I’m only 5’2” tall. She speaks briefly with everyone, and congratulates them, but nothing in depth obviously. It was an amazing experience to go to Buckingham Palace, to feel like ‘royalty’ myself. A day in my life I will never forget.

Thanks you so much Carole, for being a guest here today. It was great to ‘chat’ and I look forward to the next time we can catch up in person! Unless you have any plans to make it to Australia in the near future, I’ll might just look you up on the Isle of Man one day!

I’ll look forward to it!

You may find out more about Carole on her website:  http://carole-mortimer.com/

On July 23rd Bella Andre is joining me on the Quick Author Quizzing Blogspot ahead of her Australian appearance at the ARRA Romantic Rendez-vous. Until then, Happy Reading! 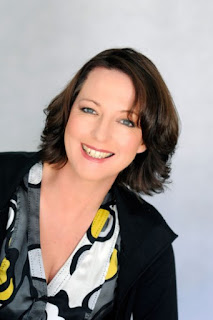 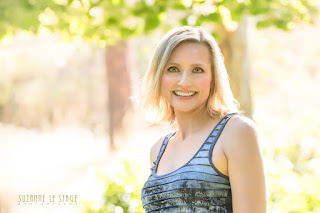