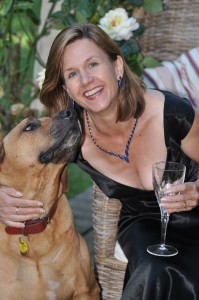 If you like “passionate historical romances dripping with scandal and intrigue” with “surprise twists and seemingly impossible Happy-Ever-After endings” you need to
read a book by today’s guest author, Beverley Oakley, who joins me from north of Melbourne, Australia, where she lives with her handsome husband and two talented
Young daughters.

I met Beverley many years ago at a Romance Writers of Australia conference. At that time we were both unpublished authors and found that we not only had romance
writing in common but that our husbands were both commercial, international pilots. In fact, Beverley left Australia shortly after to follow her husband to Japan as he had a basing there.

Since then, Beverley has received a number of awards and nominations for her stories. RAKE’S HONOUR, Book One in her SCANDALOUS MISS BRIGHTWELL series won the Australian Romance Reader’s Association (ARRA) award for Best Historical Romance; MAID OF MILAN was shortlisted in the Top Ten Reads of 2014 at the UK Festival of Romance and THE RELUCTANT BRIDE won the UK Publisher Choc-Lit’s “Search for an Australian Star” contest.

It’s a pleasure to have Beverley as my guest author on the blog today. 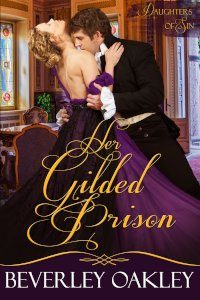 Welcome Beverley! Can you tell us about your latest release and whether it posed any particular challenges to you?

Thank you for having me here, Alyssa!

My latest book is Christmas Charity which is the fifth in my Fair Cyprians of London series. I actually wrote it as a novella to include in our multi-author Once Upon a Christmas Wedding Box Set which launched recently and which is doing really well.

Anyway, the challenge in writing Christmas Charity was to make my heroine sweet and sympathetic and to not show her as either a woman beyond redemption – due to her line of work – or a victim – due to the fact she was tricked into prostitution. 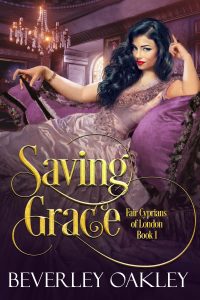 Actually, this has been the challenge for all the books in my Fair Cyprians of London series which is about a group of young women who are tricked or enticed into working at a high class House of Assignation in the 1870s. The stories can all be read as stand-alones, though all the main characters are friends and supporting acts in each other’s stories. I tried to chart the growth of each of the girls in their own story, where her wit, or other special talent, enables her to make the most of her life and to find her own happy ever after.

The series was inspired by nineteenth century social researcher and journalist Henry Mayhew who documented the plight of many of society’s dispossessed through personal interviews in his book London’s Underworld. 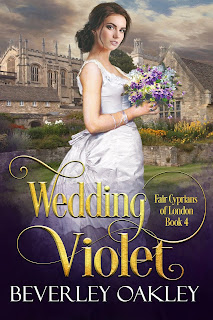 The research must be fascinating. London’s Underworld does sound like an interesting book so it’s no wonder you received some inspiration after reading it.

You were born in the African mountain kingdom of Lesotho and have lived in
twelve countries. Is there a country you haven’t lived in or travelled to that you
have on your bucket list?

Actually, it’s more a question of returning to those places that really got under my
skin. I am very keen to return to Botswana and show our two girls the country that’s burnt into my family’s heritage, as my father was born in Botswana and, in his childhood before he was sent to boarding school, regularly wandered the Kalahari Desert with a couple of young Tswana boys.

I’m not surprised Botswana is high on your list, particularly as I know that you met your husband in Botswana when you were managing a safari lodge in the Okavango Delta and he was working as a pilot. I also know that you write African set romantic suspense and psychological historical romance under your real name, Beverley Eikli,so your ties to Africa are obviously very strong. I’m planning on travelling to Botswana at the end of 2020 with my family. What are three experiences you’ve had in Botswana that I should put on my MUST DO
list?

Wow, Alyssa! (And, as a sideline, I’m toying with the idea of writing under my maiden name B. G. Nettelton as my fictional Africa-set stories complement my dad’s recently published memoirs.)

As for narrowing it down to three, that’s going to be hard! But I’ll try. When I
managed Mombo Safari Lodge in the early 1990s, it was a small 16-bedded land
camp with daily sightings of the Big Five (with the exception of the rhino). You could watch them, sipping a drink in the thatched boma or bar and looking across the flood plain, so it was like being dropped into a David Attenborough documentary. But there are many different types of lodges. Just decide what sort suits the kind of holiday you want. You want to be able to relax when you do your game viewing.

You also must go on a mekoro ride through the letaka reed-fringed waterways while seeing the passing wildlife. A local poler will guide the vessel and you’ll feel
transported into the real Africa with the stresses of the world falling from your
shoulders. (Especially if you forgo the wi fi, which didn’t exist when I was there).
And, for incredible rock paintings, you should head over to the Tsodilo Hills where more than 4,500 paintings are crammed into a 10-square-kilometre area, making it one of the highest concentrations of rock art in the world, according to Unesco.

Thanks for giving me some inside tips! I’ll put these suggestions to the rest of the family!

Why do you love historical romance and have you unearthed any facts about
the Regency period that particularly fascinated you?

I particularly enjoy researching the social history and the dynamics which created such inequality between family members – namely the women in relation to their
male relatives. Stumbling upon real cases in the history books of abused and deserted wives whose husbands have decreed that their children be brought up by someone else is heart-rending but also fodder for my stories. One cruel husband even spoke beyond the grave by stripping his wife of the custody of their son who was to be brought up by his cousin.

This is, in fact, the premise of my Regency Romance, LADY OLIVIA’S BUTTERFLY about a mother’s daring charade to reclaim her child from the boy’s custodian after her abusive husband’s death – and falling in love in the most inconvenient of circumstances.

I’m also interested to learn more about the recent release of the boxed set of 27 novellas ONCE UPON A CHRISTMAS WEDDING which you’ve teamed up with other authors to produce and which is now available for purchase.  (You can  buy it here https://www.amazon.com/Once-Upon-Christmas-Wedding-collection-ebook/dp/B07Z44RKSF .)

ONCE UPON A CHRISTMAS WEDDING burst upon the scene in mid October and
has been doing fantastically well, which has obviously been very exciting to us 27
contributing authors. The Box Set is only in Kindle Unlimited – so free to read if
you’re a KU reader - and it’s just the sort of collection you can curl up with, reading, perhaps, a story a night. In mid January the collection will be taken down and then each of us authors will publish our own stories individually.

Thank you for joining me on the blog today. I’d also like to tell readers that your title, LADY OLIVIA’S BUTTERFLY will be free on Amazon from November 6 to 10 here (https://www.amazon.com/Lady-Olivias-Butterfly-Scandalous-Charades-ebook/dp/B078QM4MTP )  and that WICKED WAGER will be on a 99c deal on Amazon from November 10 to 20  (https://www.amazon.com/Wicked-Wager-Georgian-Beverley-Oakley-ebook/dp/B07NGQ9296/ref=sr_1_1?keywords=WICKED+WAGER+Beverley&qid=1572573340&s=digital-text&sr=1-1 ). So mark those dates down in your diary and don’t miss out!!

If you’d like to learn more about Beverley and her fabulous stories, please visit her
website (where you can also sign up to her newsletter) at: www.beverleyoakley.com

I hope you’ll join me next week for my interview with guest author, Rebecca Zanetti. Until then, Happy Reading!

Alyssa J. Montgomery is an Australian contemporary romance author who is published by Escape Publishing (Harlequin Enterprises, Australia). She also
writes medieval romance as Alyssa James. (The medieval books are self-published and available through Amazon.)

Next releases: The Magic of Christmas (November 12th), Seduced by the Billionaire (April, 2020) - all published by Escape Publishing (Harlequin Enterprises, Australia) and the third medieval title: Knight of Her Desire (early 2020).

See Alyssa's website for her other books or go to the Harper Collins site:  https://www.harpercollins.com.au/cr-149414/alyssa-j-montgomery/   .