I met today’s guest author at the inaugural Booklovers Convention in New Orleans in May this year.  Frequently hitting Amazon’s best-selling author list, she is an Amazon All-Star author as well as being a “crowdsourced” winning author through Amazon’s Kindle Scout Program in 2016 (for her book “A Highland Knight’s Desire”). 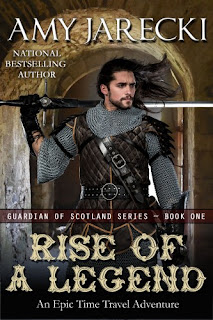 She has won many awards including a RONE awared in 2016 from InD’tale Magazine for the Best Time Travel for her novel, “Rise of a Legend”.

When she is not writing, she loves practising karate, studying karate and ballet and hiking in Utah’s Santa Clara Hills. I’ve found with many of my author guests that they have had numerous occupations and this talented author is no different. She has sung and danced with the Follies, was a plant manager, ballet dancer and earned her MBA from Heroit-Watt University in Scotland. 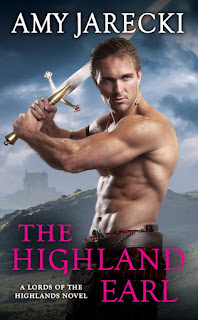 It’s with great pleasure that I welcome Amy Jarecki to the blog today!

Amy, will you please tell us a little about your latest release (June 25th) and whether it posed any particular difficulties for you?

Hi Alyssa – Thank you for hosting me on your blog today! I see below, you mentioned that I used to work for Arnott’s Biscuits. I was part of the team that fought the Campbell takeover (oh dear, am I dating myself). Anyway, Arnott’s are the best biscuits in the world!

(You won't get any arguments on that from me!!)

Ahem…so about THE HIGHLAND EARL (I’m so excited!). I absolutely loved writing this book. For those who know my writing, I always try to weave actual history into my stories. This one is about the Earl of Mar and his second wife, Frances (Evelyn in the book) Pirrepont. I visited Alloa Tower, the ancestral home of the Earl of Mar and learned a great deal from a historian there. This indeed was a marriage of convenience where Mar wed the daughter of the Duke of Kingston-upon-Hull to escape dept inherited from his father. Mar was known as Bobbin’ John because he often appeared to be switching sides—but I believe he was just trying to avoid complete ruination and bankruptcy. This book happens toward the end of Queen Anne’s reign, whom Mar served dutifully, which was also necessary given his debt. In this story, Evelyn is a socially progressive heroine who supports the Jacobite cause. She believes Mar to be a royalist because of his allegiance to Anne, but Evelyn has no idea how wrong she is. Deceit abounds as the newlywed Countess thinks she is doing the right thing by spying on her husband, but she soon realizes she has been tricked into casting her lot in with the wrong crowd. OMG. It was difficult to write this book and keep all the backstabbing underhandedness straight. My editor calls it Mr. & Mrs. Smith meet Outlander. LOL!

Wow! I am going to enjoy it! 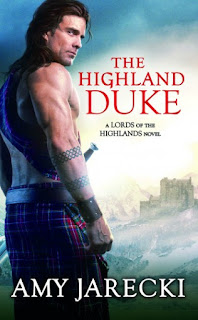 You’ve lived in Scotland and I’ve read that it was while you were there, you enjoyed your first Highland romance novels. Obviously you were inspired to write Highland romances yourself. Was there any one particular story or perhaps place you visited, that really fuelled your desire to write your first novel?

Interestingly, I read widely, and from time to time (prior to my writing career) I picked up a Scottish historical romance. I enjoy this genre because the times were more perilous and brutal than, say, Regency England. I can’t say that there was one particular book that got me started writing Scottish, but I was definitely influenced during my time there. I am descended from an Ancient Lowland clan that dates back to the time of the Picts. My ancestor Johann Trott signed the Ragman Roll prior to the rise of Robert the Bruce. I have visited my ancestral lands where I experienced a supernatural feeling of belonging, as if I was destined to be there. As a result I cannot stay away. I travel to Scotland at least every two years and always go somewhere new. I love little museums in tiny towns and crawling around castle ruins. My visits always yield a plethora of story ideas, some of which I actually write. 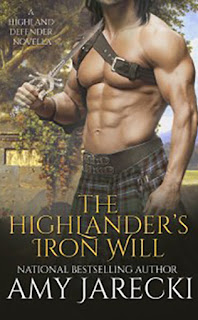 It must've been interesting to trace your history. I can trace back to family who fought for William the Conqueror and that was fascinating!

I also know what you mean about the times being "more perilous and brutal". I decided to write my medieval romances because there was so much more scope for higher stakes-especially for women.

As I mentioned, you’ve had lots of different occupations. Being Australian, I was interested to see that you were an accountant for Arnott’s Biscuits in Australia. Where did you live in Australia and how long were you here? 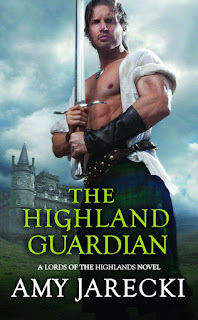 I lived in Australia for ten years. My ex-husband was in the Royal Australian Navy and I met him in Seattle during the commissioning of the HMAS Sydney. We lived in Sydney suburb such as Coogie Beach, Bass Hill, and Campbelltown. We spent most of our holidays in Texas Queensland helping my father-in-law on his cattle station. I loved Australia and it will always hold a special place in my heart. My daughter was born there as well.

Ooh! I have a friend from Texas, Queensland! It'd be a great to be on a cattle station there. Very dry at present, though.

It seems you’ve travelled extensively. Is there a romantic place you’d particularly like to re-visit? 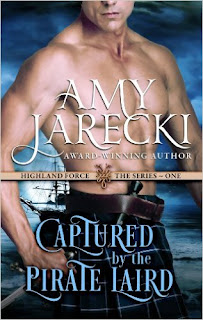 I am a rolling stone, let me tell you! There are so many places I’d like to re-visit, but one that comes to mind is the Island of Rhodes in the Mediterranean. I visited the city of Rhodes on a cruise and was enraptured. There is a restored fortress there which was the headquarters of the Knights Hospitallers and it is absolutely fascinating. The city itself is amazing with narrow, medieval streets as well as Roman ruins. I’d love to go spend an entire holiday there!

That sounds awesome. I'll add it to my bucket list, too! 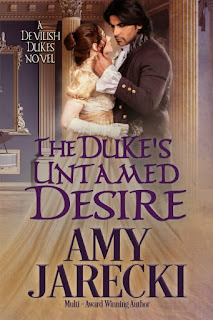 What’s your next project as an author?

Oh, you’re going to think I’m insane! In November I earned my blackbelt in karate, and ever since I started studying martial arts, I’ve been brewing an idea for a Young Adult time travel. I’m just finishing up GENESIS, the first book in the Time Warriors series about three elite fighters who must travel through time to prevent the Qiang from altering the past and gaining world domination. If our heroes fail they will return to a world no one will recognize. I have no idea what will come of this novel, but I allowed myself a few months to explore the idea and it has been super fun.

On the historical romance side, I’ll be writing The Duke’s Privateer, book three in the Devilish Dukes series next, then The Highland Laird which comes out in December, 2020. My March, 2020 release The Highland Rogue is already written and on my editor’s desk.

The new direction sounds like fun and I wish you all the best with it.
Thank you for joining me on the blog today. 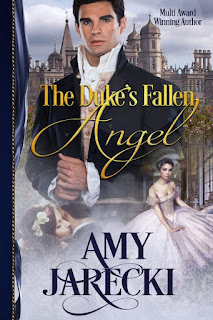 Thank you so much for inviting me, Alyssa! These were great questions!!

Amy loves to connect with her readers and she can be found at: Facebook: 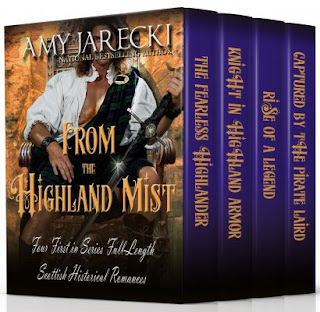 Thank you all for joining me today on the blog. I hope you'll join me net week when I interview fellow Australian author, the fabulous Keri Arthur. Until then, Happy Reading!!