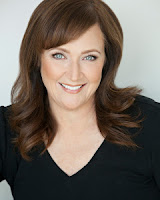 My guest today is joining me from Austin,Texas. I’m a huge fan of her Highland Grooms historical series and have read many of her historical romance titles, but wasn’t aware until recently that she also writes contemporary romance Series) and contemporary women’s fiction.

Now I need to check out her Pine River and Cedar Springs series and also the Lake Haven novels!! (If you follow this blog weekly you'll have some idea of how long my TBR list is!!!) I'm sure when I read them they'll go on my keeper shelf along with the stories I have from her series The Desperate Debutantes (love that name!!), The Cabot Sisters, the Scandalous series, and The Secrets of Hadley Green.

While I’ve never met this fabulous NY Times, USA Today & Publisher’s Weekly Bestselling author, I’m looking forward to catching up and saying 'Hi' in New Orleans at the inaugural Booklovers’ Convention. Not only do I love the stories I’ve read, but I was also looking through the Bio on her web page and noticed we have many things in common...although I’ve never worked at the White House! 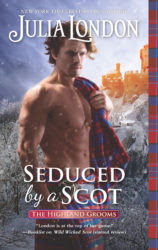 Thank you so much for inviting me! I didn't realize you were going to Booklover's Con and look forward to meeting you there.

Yes, I’ll be at the Harlequin Author event on the Thursday morning and also the Around the World in 80 minutes Readers event. I see you’re at the Romance Trivia and Signing and Historical Book Club Afternoon Social, and of course we’ll both be at the big book signing event on the Saturday, so I’ll try to catch up with you at one of those events!!

First, I’d like to ask you about your most recent release and whether it posed any particular challenges for you.

Seduced by a Scot was my most recent release, the last book in the Highland Groom series. I was really sad to say goodbye to the Mackenzies, but I think it was time to go. It's a series centered around a family in 18th century Scotland, set against the political and economic backdrop of the times. I enjoyed evolving the family over the century along with the times. It was a unique experience—I haven't done something like that before.

I smiled when I read your bio on your website and saw that among your favourite TV stars were the men from Alias Smith & Jones, Starksy & Hutch, and Keith Partridge. Wow! What a blast down memory lane. Maybe we had some of the same posters pinned to our bedroom walls as teenagers!!
I know we writers all fall a little in love with our heroes, but can you tell me whether there’s one of your heroes in particular you’d recommend if you had to set your closest single girlfriend up with a hot date? 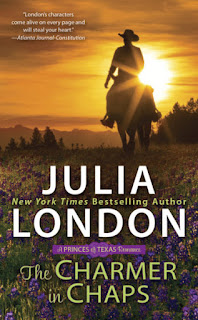 Ha! I can't even remember half of them, to tell you the truth. I have to go back and look at the series.

I am writing a new western contemporary series set in Texas on a family ranch. I really like how these sons are turning out. I'd recommend them for a date. They are handsome, they are rich (but not as rich as they used to be), and there are dogs and horses. The Charmer in Chaps will be out in May just before the Booklover's con.

Sounds great - especially if you recommend them for a date, and as the owner of two horses and a pony, as well as a dog, it definitely has appeal!

If a  movie director approached you and declared that one of your stories/series was going to be made into a movie/movie series and you had to choose which one, which one would you choose and why?

Probably the Highland Groom series. So much Scotland, so many manly-men.

I'm sure this would be a VERY popular series!!! 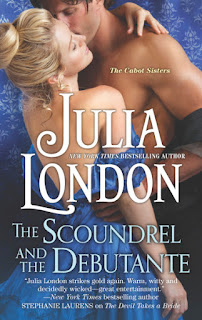 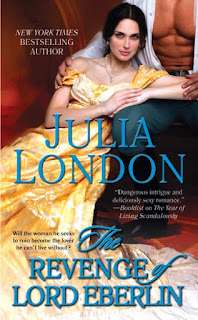 I see you’re travelling to sign at RARE in Paris on the 6th of April ahead of the Booklovers’ Convention at NOLA. Apart from the booksigning, what are you most looking forward to about your trip to the French capital?

Oh, shopping, for sure.

Ah that sounds great! Hit the shops then have a drink in  a pavement cafe to recover! Somewhere along the Champs-Elysee!! 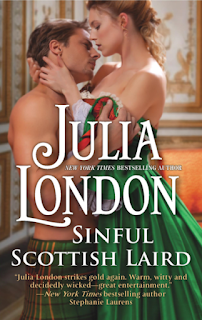 I have the new contemporary series I mentioned. In addition, I have a new historical series staring later this year. It's set in the Victorian era, and the princes of an imaginary kingdom are in London looking for brides. It's Prince Harry and Meghan Markle in Victorian England! I'm super excited about it. The first one was so fun to write.

Julia thank you for being my guest today and also for the hours of pleasure you’ve provided me as I’ve immersed myself in some of your novels. I’ll look forward to seeing you at NOLA!

Thank you so much for thinking of me and inviting me. I'll see you in NOLA!

You can find more about Julia at her website: https://julialondon.com/

I hope you've enjoyed my interview with Julia today and that you'll join my next week with another special guest author, Darynda Jones.

Until then, Happy Reading!!